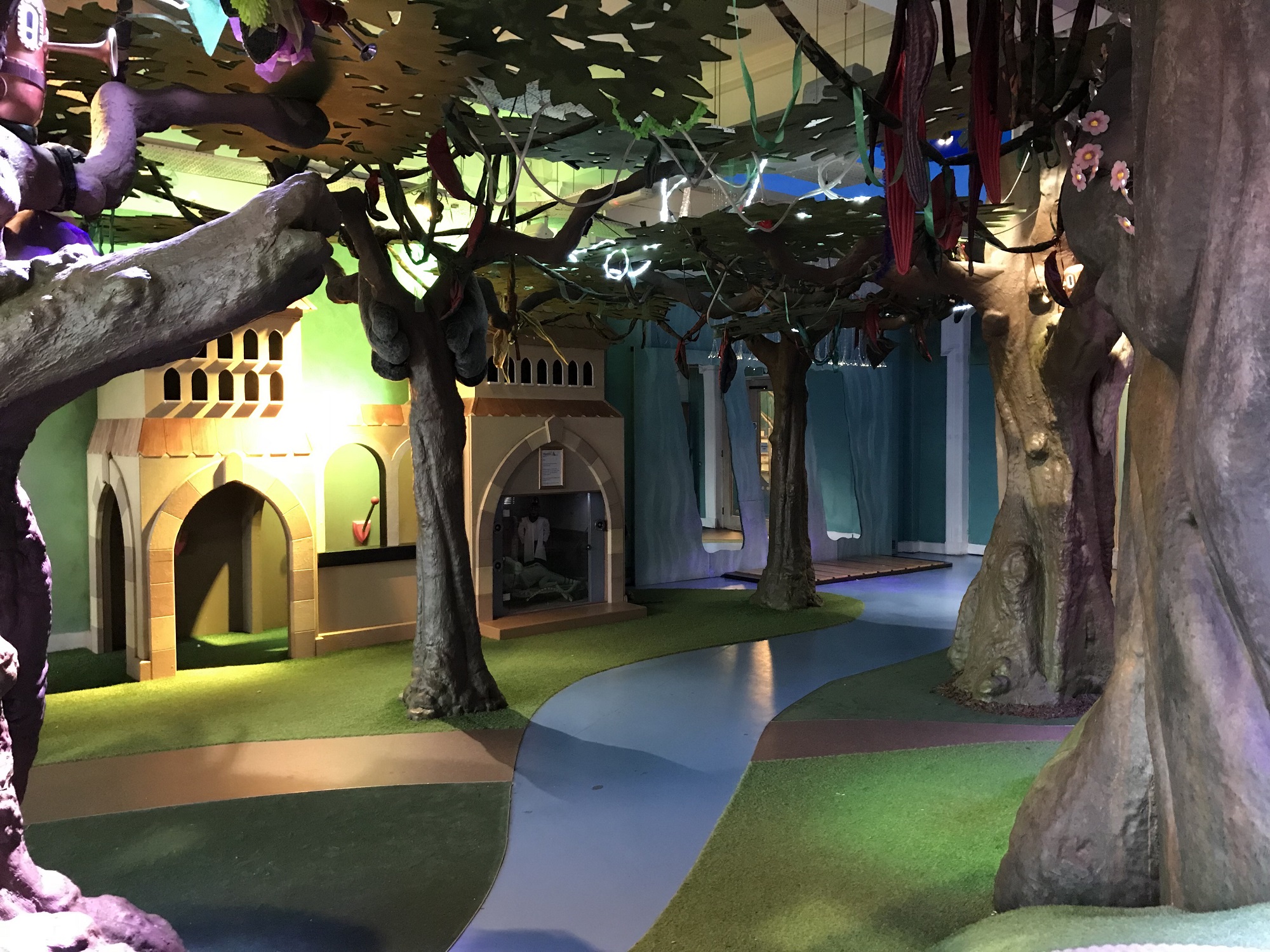 Exclusive media call on World Book Day with Cressida Cowell, Julian Clary and The Cat in the Hat! BOOK SWAP GETS EVEN BIGGER – up to 100 venues across London! It’s All Happening At Discover in 2017!!!

2017 will be full of major exclusive and fun events at DISCOVER CHILDREN’S STORY CENTRE – the magical building in Stratford East London will be bursting with pride!

A world exclusive and a major coup for DISCOVER as award-winning children’s author-illustrator Cressida Cowell (How To Train Your Dragon) unveils her highly anticipated, brand new fantasy series – and it’s not even publishing until Autumn 2017! On World Book Day (Thursday 2 March 2017), in front of an exclusive audience of school children, Cressida will read an extract and reveal illustrations from the new series for the very first time – imagine giants, sprites, werewolves and other fantastical creatures.

Cressida says: “Discover Children’s Story Centre is a joyous and imaginative play-centred museum that encourages children's creativity and their love of stories and storytelling, and I'm thrilled to be unveiling my new characters to a group of school children there – a fierce girl warrior and a boy wizard from different warring tribes, set in a very ancient Britain. So six months before book one is published, I’ll be able to reveal my new world – exciting! Almost every decision I make as a children’s author is founded on the belief that we have to get children reading, and it’s because of that that I’m eager to introduce them to this new world.”

Also on World Book Day, in another exclusive DISCOVER welcomes comedian Julian Clary, making his DISCOVER debut, with his brand new children’s book The Bolds On Holiday, furthering the hilarious adventures of a family of hyenas living in an ordinary suburban street. He will be joined on stage by the books’ illustrator David Roberts live-drawing.

As Julian says: “I’m looking forward to bringing The Bolds to life with Discover Children’s Story Centre on World Book Day itself! I just have such a lovely time writing these books and sharing them with children – Making children laugh is a whole new thing for me, it’s lovely. No child pretends to laugh – it’s very genuine… It’s a whole new world.”

And then DISCOVER has a jam packed year of all things Dr. Seuss during 2017 celebrating the 60th anniversary of The Cat In The Hat – not to mention Dr. Seuss’s birthday on 2 March, which is World Book Day when the Cat in the Hat will join Cressida and Julian to celebrate! And where better than at DISCOVER’s fantastical exhibition The Fantastic World of Dr. Seuss! running until Sunday 3 September 2017. Then there’s the daily storytelling session Dr. Seuss for Toddlers: Scrambled Eggs Super! for the little ones; Dr. Seuss arts and craft workshops during February and May half terms. Over Easter, Kids Do Art will turn the fantastical characters of Dr. Seuss into contemporary Pop Art Icons, with everyone creating their very own Pop Art Masterpieces. And don’t forget the innovative Easter Discover’s Green Eggs And Ham Hunt!

Further afield, and out on the road in 2017 is DISCOVER‘s delightful live Cat In The Hat and His Car storytelling performance which will be visiting Children’s Literary Festivals around the country during 2017; starting with the Imagine Festival on the South Bank (12/02/17), the new literature festival in Hull (City of Culture) and more. So a fun-packed Dr. Seuss Anniversary Year at DISCOVER!

And to top it all, DISCOVER’s London Children’s Book Swap has become an explosive event with literally 100s of 1000s of books swapping hands for FREE! Their annual London Children’s Book Swap will take place on Saturday 11 February 2017, when you bring an old book and pick up a different book to take home. Over six years the event has dramatically grown in size, and in 2017 up to 100 Book Swap venues at family friendly arts and cultural hot spots and libraries across, 21 London boroughs, will host a DISCOVER’s London Children’s Book Swap. Participating organisations and venues include: artsdepot, Barbican Children’s Library, Barking Library, Chisenhale Art Place, Dagenham Library, Jacksons Lane, Polka Theatre, Shoreditch Trust, Southbank Centre, Soho Theatre, Unicorn Theatre, V&A Museum of Childhood, William Morris Gallery – and, of course, DISCOVER – the jewel in the crown of children’s literature.

Cressida is the author and the illustrator of the bestselling How to Train Your Dragon book series, and the author of the 'Emily Brown' picture books, illustrated by Neal Layton. How to Train Your Dragon has sold over 7 million books worldwide in 37 languages. It is also an award-winning DreamWorks film series, and a TV series shown on Netflix and CBBC. Cressida is an ambassador for the National Literacy Trust and the Reading Agency and a founder patron of the Children's Media Foundation. She has won numerous prizes for her books, including the Gold Award in the Nestle Children's Book Prize and 'Philosophy Now' magazine's 2015 'Award For Contributions in the Fight Against Stupidity'. She grew up in London and on a small, uninhabited island off the west coast of Scotland and now lives in Hammersmith with her husband, three children and a dog called Pigeon.

Julian is a comedian, entertainer and novelist, who has toured the world with his one-man shows. He has appeared on numerous popular TV shows including Celebrity Big Brother (which he won), Strictly Come Dancing, QI and Have I Got News For You. He has also starred in West End productions and appears in panto most years. He lives in Kent with his partner, dogs and several chickens.