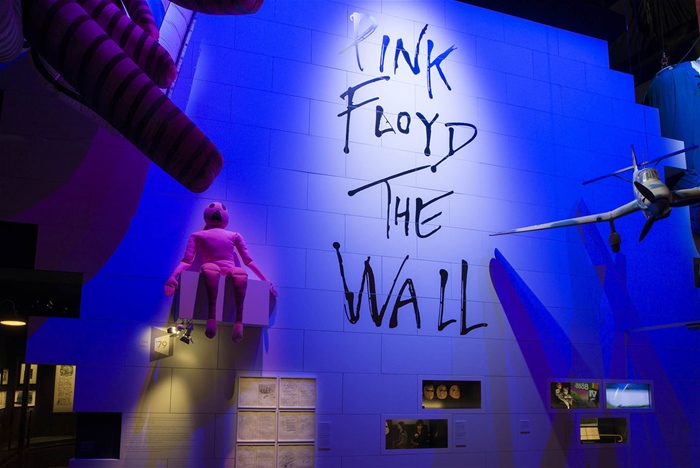 STUFISH — Architecture, Design and Production, uniquely under one roof on a global scale

STUFISH is a unique creative power house, synonymous with world famous artists and acts, redefining the live show experience and making the studio the leading practitioner of the complete show delivery package worldwide.

As Entertainment Architects STUFISH excel at delivering every element from designing the building and set, through to show creation and production. Creating for the UK and worldwide market place, STUFISH has become the major player in the global entertainment industry.

In May STUFISH will be taking London and the UK by storm with the world premiere of their in-house produced West End show Soho (10/05/17), opening the highly anticipated Pink Floyd Exhibition: Their Mortal Remains at London’s Victoria and Albert Museum (13/05/17) and Take That’s brand new Wonderland Live UK tour (05/05/17). Globally Stufish deliver their innovative creativity for U2’s Joshua Tree Tour of North America, Europe and the UK (12/05/17).

Following close on their heels are Queen + Adam Lambert‘s 25 city North American arena tour (23/06/17); We Will Rock You opening in Denmark and the sold out German tour of Europe’s biggest selling artist Helene Fischer (12/09/17). In September, Turkmenistan will enjoy global attention with the 5th Asian Indoor and Martial Arts Games for which Stufish has designed the opening ceremony set.

Already under construction in a purpose built outdoor stadium in Ashgabat, Stufish will unveil their unbelievable set design for the opening ceremony of the Games on the 17th September 2017, with a cast of several thousand performers in a live show produced by Balich Worldwide Shows and directed by the opera director Francisco Negrin.

Another major development for Stufish is establishing Stufish Asia, a permanent presence in China and Asia-Pacific. Based in Hong Kong, the new entertainment production and producing house will continue to support existing Asian relationships and create outstanding original pieces of new work in the live show entertainment industry throughout the region, including the Asian tour of Soho – post its West End run.

The presence and work of Stufish is already renowned throughout China with recent projects including the multiple award-winning Han Show Theatre in Wuhan, Dai Show Theatre in Xishuangbanna, the massive luxury entertainment and retail centre Nanchang Wanda Mall, built as giant Chinese blue and white porcelain pattern vases, and, of course, the acclaimed Beijing 2008 Olympic Games opening and closing ceremonies.

Stufish create stunning visual performances with their innovative application of technical arts, and their diverse genius talents. This is the studio that envisages and delivers the monumental and unimaginable to permanent and semi-permanent buildings and structures to live productions and exhibitions: turning 12m high mountains into water rapids; 3D flying systems and directing 20 aerialists; a permanent stage with a 15 metre wide platform that can pitch, roll and travel 24m vertically from the basement to a position high over the audience; flying airships; the largest ever portable superstructure (180 tonne + 200 tonnes of technical equipment) created for a rock & roll show; 1,183 seater theatre and a permanent acrobatic water show with swinging seats revealing a swimming pool and giant robot arms.

Theatrical designs include Monty Python Live (Mostly), the Queen’s Diamond Jubilee concert on The Mall, We Will Rock You, Cirque du Soleil in Las Vegas, Jesus Christ Superstar stadium tour and Bear Grylls Endeavour which they designed, staged and directed.

Ray Winkler CEO and Design Director at Stufish says: “We are very excited about the future for Stufish. With such a diverse and talented in house team that can deliver a one stop shop of Architecture, Design and Production under one roof, Stufish is well placed to push the envelope of creativity and technical solutions even further.”

Now comes Stufish‘s world premiere of Soho – a thrill ride of circus, street and theatre performance, re-creating the exciting, edgy and voyeuristic world of London’s Soho. Soaring aerial acrobatics on moving trapezes take the world class performers on a rollercoaster ride, performing to a soundtrack of iconic hits that are Soho’s heartbeat. The show is set to tour the UK, with interest from around the globe, all looking forward to attending the world premiere at The Peacock in London’s West End on the 10th May 2017.

Stufish have been involved with Pink Floyd from their early career and so were the natural choice to design the Pink Floyd Exhibition: Their Mortal Remains creating a fully immersive experiential journey through Pink Floyd’s world. The design is on a different scale to anything that has ever been seen in a museum before – with set pieces at the V&A up to 10 metres high! Stufish’s original model set for the iconic 1994 Division Bell tour will also be one of the memorabilia on display. The exhibition opens on the 13th May 2017.

Stufish always delivers, and the studio has exciting times ahead in 2017 and 2018. Wherever you are in the world, there are world class productions, buildings and designs to experience and enjoy created by the unique imagination and technical expertise of Stufish.