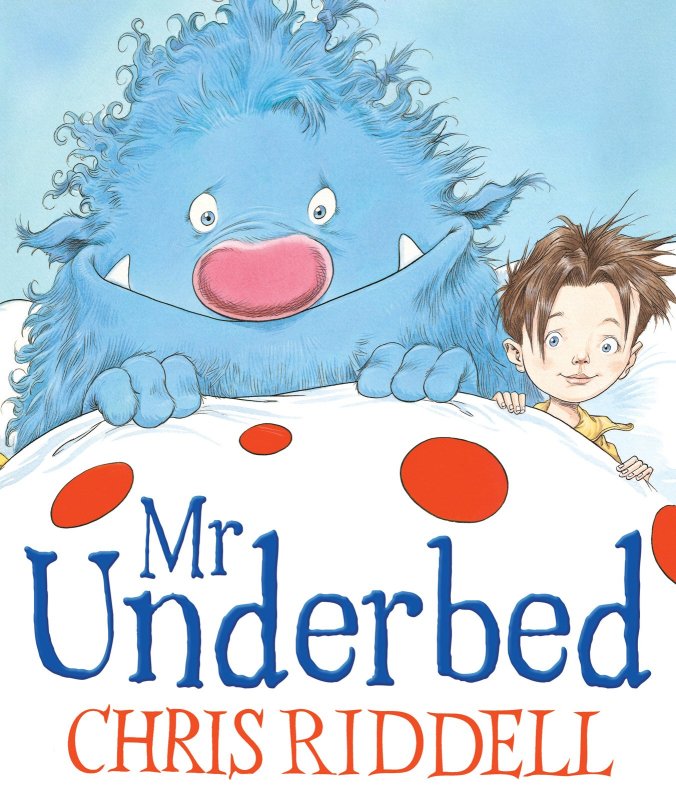 Like The Grinch that stole Christmas, arguably the most highly anticipated advert of the year, John Lewis’s creation Moz The Monster bore striking similarities to Mr Underbed written and illustrated by the multi-award winning children’s author Chris Riddell. Chris posted his thanks for devoting their Christmas ad campaign to promoting his 1986 picture book - igniting the plagiarism tinderbox. But with true Festive spirit, the former Children's Laureate had no interest in legal action but was purely concerned in highlighting the need when referencing creative’s work, to properly credit the source.

The Monster Mash between Mr Underbed, the original big blue unthreatening hairy monster that lives under a little boy’s bed — and Moz, resulted in the public once again falling in love with the 30 year old book — and across the Kingdom, every last printed copy of Mr Underbed sold out…. All’s well that ends well, as Mr Underbed with his bulbous nose and two fangs, who lives under a little boy’s bed, which shakes and shudders as he emerges, snores so loudly to require the little boy to wear earmuffs and deprives him of sleep – the classic picture book arrives hot off the printing press across the land for all to enjoy!

And do they all live happily ever after? As Chris Riddell says: "I have been so heartened by the wonderful support that my picture book, Mr. Underbed has received after I pointed out similarities with the John Lewis Christmas ad. I think this has sent a powerful message to John Lewis who I hope will work more directly with picture book authors in the future. This Christmas, why not visit a bookshop and buy a picture book as a gift for someone you love? Sharing a book is a gift that keeps on giving." But reader take heed, with pre-orders for Mr Underbed rocketing, Andersen Press are looking into a further reprint but not in time for Christmas — so the search is on across the UK in each and every book shop to discover those 10,000 copies of the big blue friendly monster!

Chris Riddell, the 2015-2017 UK Children’s Laureate, is an acclaimed artist of children’s books and a political cartoonist for the Observer. Amongst other titles, Chris illustrates the Ottoline young fiction series and the Goth Girl series, as well as working closely with Paul Stewart on the Edge Chronicles and Wyrmeweald. He has won many awards for his work, including the Nestlé Gold Award, the UNESCO Award for Something Else and the rare honour of two Kate Greenaway Medals. Mr Underbed was his debut children’s book.